Following Tor, at some point, I became interested in other anonymity networks as well. One of the first ones that I’d heard of at this time was I2P, although from a technical standpoint, it’s one of the most complex. Unlike Tor, it didn’t have its own dedicated browser, although any browser can be configured to use I2P. You can download the software at geti2p.net.

At that time, I was still using Windows shudder, and though I2P has a Windows version, it seems like it’s oriented toward more advanced users. What I know now (and this seems awfully simple) is that you just have to adjust your proxy settings to be able to access it from most browsers. For instance, in Firefox, it’s under about:preferences#general, and then “Connection Settings.” You then click “Manual proxy configuration” and set HTTP Proxy to 127.0.0.1, Port 4444.

In any case, once I had had this set correctly, the “I2P Router Console” popped up, which looked similar to this:

Besides the proxy settings part, this is where it became somewhat confusing as well, because as opposed to Tor, it felt as though there were many directions in which you could go. There was the “Addressbook,” in which you could add different hidden services (“eepsites”), “Configure Bandwidth,” “Configure UI,” etc. At the very least, the Router Console does feature “Hidden Services of Interest,” which are some general eepsites that are suggested for newcomers, like the I2P Wiki and anoncoin.i2p (which has a clearnet mirror at anoncoin.net).

Eventually, I started to get the hang of all this and just started looking around, as on Tor. I looked at most of the hidden services that were listed on the router console above, and also started to familiarize myself with some of the settings. There’s actually an excellent subreddit for I2P at /r/i2p as well, for those of you who want to join a community of others involved with this. One of the places in which I found some other eepsites, at the time anyway, was Nekhbet.com: I2P Links, but I have no idea if most of these are still online, because the site is from several years ago. The list features eepsites in a number of different categories, including multimedia, filehosting, and forums.

Confession: I was a bit late to the world of torrenting, but it’s something I’m into now, and I2P is one of the best anonymity networks for torrenting. On my current machine, I have a Bittorrent client called Transmission, which does the job as well, but on I2P, one of the most popular clients is called I2PSnark. I2PSnark is a fork of a Bittorrent client called Snark, so they work similarly. As a matter of fact, I2P comes with this service built in, so you don’t even have to install it separately. I’ve only used it a few times to download music and such, but it seems to work just fine.

I learned to use I2PSnark via several other tutorials that I found, so you may find these helpful too: Untraceable: How to Seed Torrents Anonymously Using I2PSnark and Bittorrent over I2P (from the official documentation). I’m aware that new DMCA laws now make it possible to serve prison time for filesharing, but realistically, there are people who have done it quite a bit more than I have.

After becoming more experienced with I2P, I eventually started using the Android version as well. Like the PC, Mac, and Linux bundles, it has a router console, but on the Android version, to stop and start your connection, you long press a button, as below: 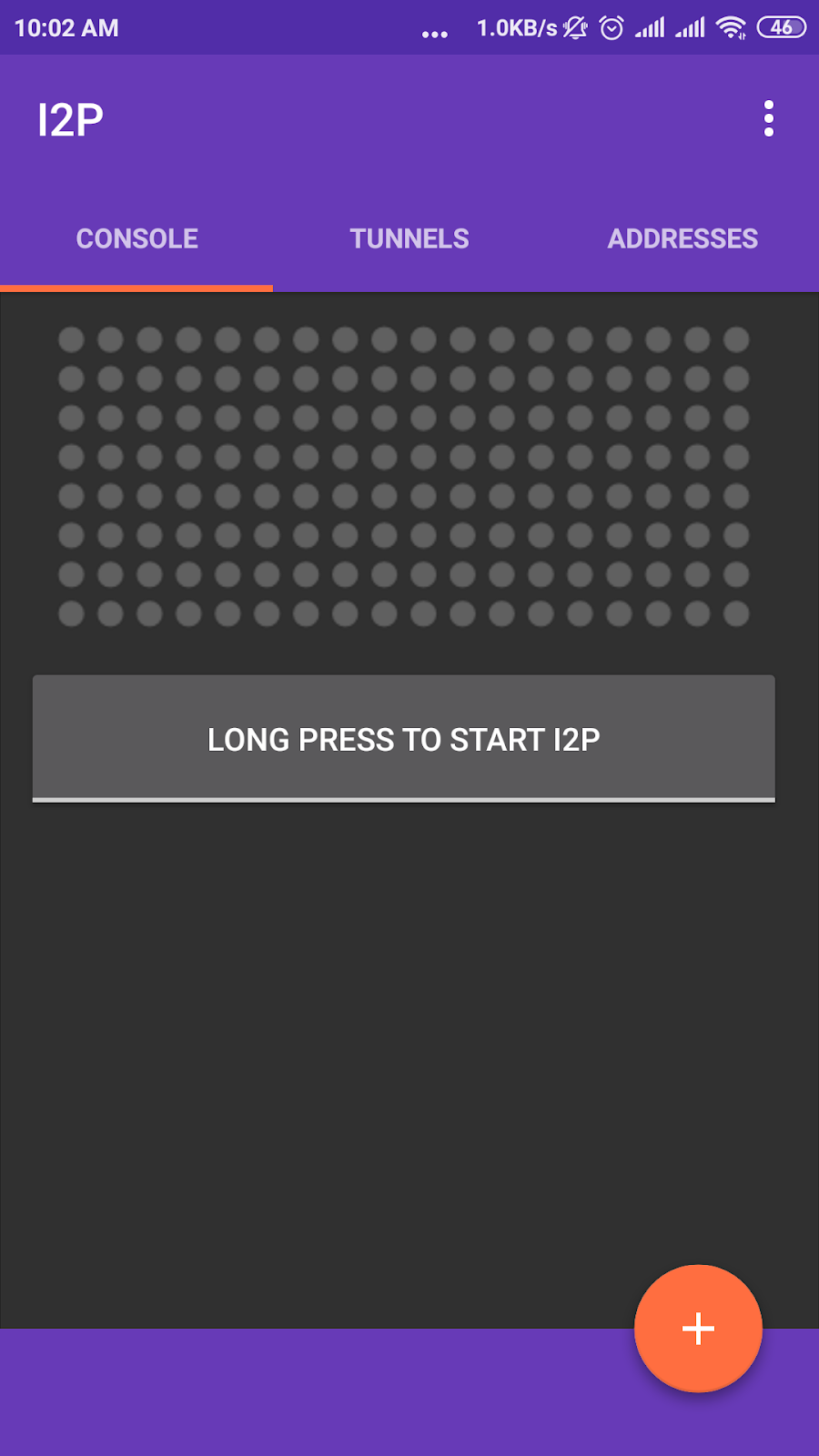 This is an older screenshot; on the version that I’m using right now, it says “Network: IPv4: Firewalled; IPv6: OK.” As you can see in the screenshot, it also tells you how many active peers are known on the network. Under the menu that says “Addresses,” you can find other I2P eepsites; in fact, this is one way that I found quite a few more than on any other search.

At present, on Linux, I’m using the Debian version, so read more about it on the official page. For a time, I had also used an unofficial I2P Browser, which was a Firefox fork tweaked for I2P. In appearance, it looked similar to the Tor Browser, but didn’t have an outproxy to the clearnet (this can be set up if you wish). Anyhow, there are a lot more features on I2P, which I might discuss in future posts. What didn’t I cover here that you would like to see more of?